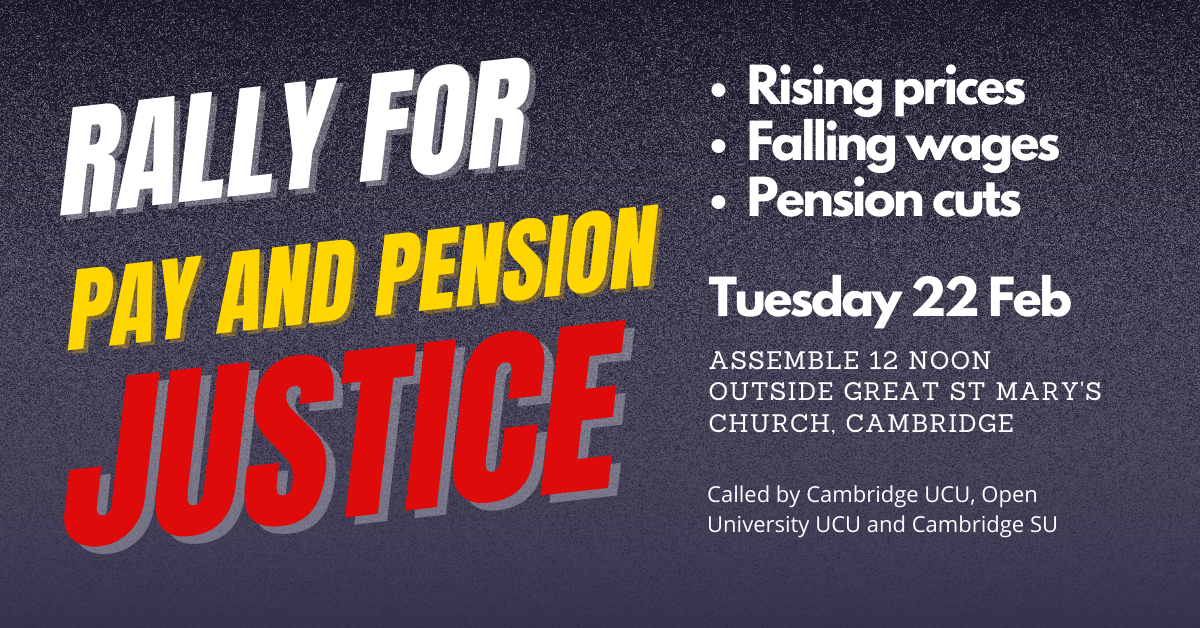 In person (Cambridge) and online

Across the country, university staff are on strike demanding an end to declining pay and devastating cuts to pensions. This solidarity rally will see UCU members and students mobilise together to tell University managers and the government that we will not pay for the crisis in the education system.

As the cost-of-living for ordinary people spirals out of control, it is more important than ever to take a stand and resist the cuts. We are inviting trade unionists and activists to join this rally to raise our voices together against, austerity, marketisation and rising prices – pay and pension justice NOW!