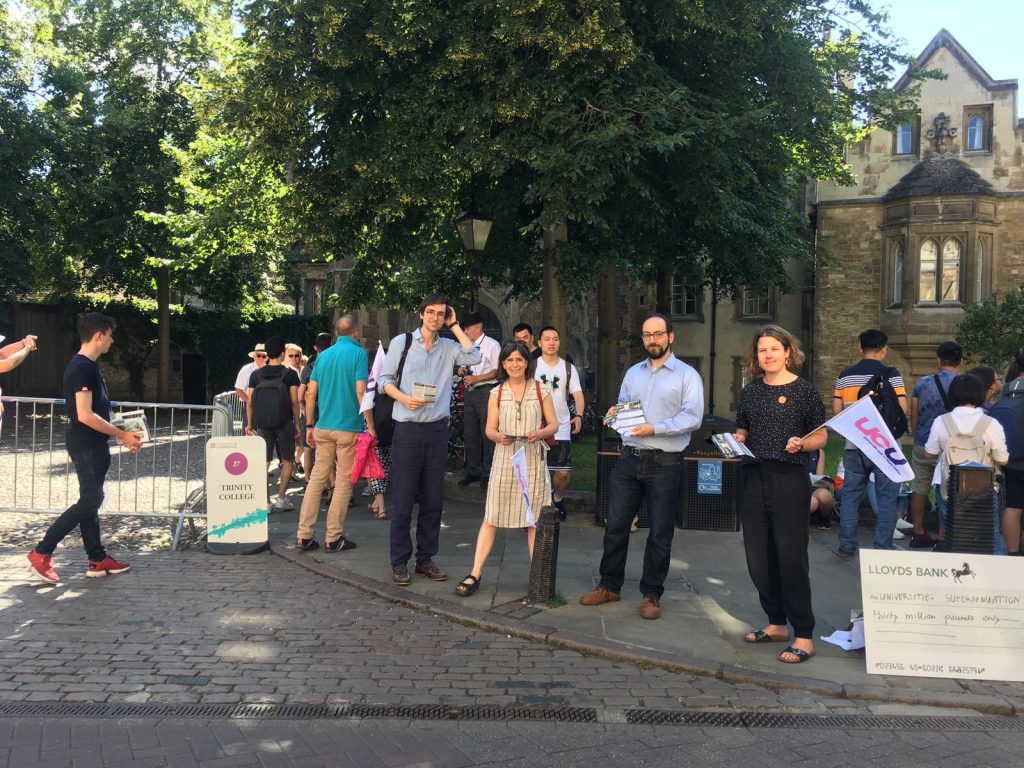 The decision. Trinity College Council has decided to pay £30m to buy out of the USS pension scheme used by much of the UK HE sector. A Special College Meeting held on 21 June 2019 to consider the Council’s decision did not attain the two-thirds majority required to overturn it—though 43 fellows voted in favour of alternative courses of action, and three have already resigned as a result of the Council’s decision [Timeline].

The justification and its weakness. The decision is said by Trinity to be in the best interests of the College, because it averts a ‘remote’ but ‘existential’ risk that the College’s endowment would be seized to pay the pensions of staff elsewhere. The Council’s reasoning on this risk is unpersuasive. Trinity emphasizes that the decision was based on legal and actuarial advice, but has not made clear what questions or assumptions shaped that advice—or how the Council weighed remote financial risk against the wholly foreseeable reputational and educational damage the College now faces.

As Trinity acknowledges, and has been reiterated by multiple authorities (USS, the Joint Expert Panel, and actuarial advisers of all key stakeholders), USS is in a sound financial position, and is far from needing to call on employers to pay pensions as they become due. However, Trinity’s decision injects uncertainty into ongoing valuation processes.

Trinity has consistently claimed that Trinity’s buyout alone does not jeopardise the scheme. What Trinity does not mention is that, if a second wealthy employer follows Trinity’s lead, PwC has warned that the combined withdrawals could prompt a downgrading of the employer ‘covenant’ (that is, the employers’ collective legal obligation and financial ability to support the scheme). This would have severe impacts on contributions and benefits for 400,000 scheme members. Trinity points to its extensive funding of other Cambridge colleges to allay criticism of its actions, but such funding does nothing to address the possible wider impact of the buyout (for further responses to Trinity’s justifications, see [Justifications] below).

Reactions to the buyout. The buyout has been condemned by some of Trinity’s own students; and by the academic community in Cambridge and beyond, as a repudiation of the mutuality and solidarity which hold HE together. Over 500 Cambridge staff and graduates are boycotting the College (some of them explain their decisions here). UCU has initiated a nationwide censure and boycott process (for more, see [Reactions to Trinity’s buyout]. This damage to the College’s educational mission and reputation, coupled with the questionable assessment of the risk posed by the scheme, raise questions about whether the buyout was in fact in Trinity’s best interests.

Where we go from here. Trinity claims the decision is now irrevocable, but there is some doubt about the steps actually taken to date. On the basis of informal legal advice—the best guidance available to us given the lack of clarity about Trinity’s actions—we believe it can yet be reversed.

PLEASE JOIN COLLEAGUES AND THE WIDER ACADEMIC COMMUNITY IN CALLING ON TRINITY TO CHANGE COURSE.

Timeline of events within Trinity