We were heartbroken to learn of the events in Fishmongers’ Hall and London Bridge on Friday 29 November, and subsequently of the death of Jack Merritt, the course coordinator for the Learning Together Initiative at the Criminology Institute. On behalf of the branch, we offer our sincerest condolences to Jack’s family and friends, and all those who knew and worked with him. Our thoughts are also with the families and friends of the other victims, at present unnamed. We recognise that many in the Cambridge community, and especially those working at the Criminology Institute or with the Learning Together Initiative, need access to the physical space of the Institute to grieve; and we need to give them the space to talk about paths forward, and to honour the memory of those who died. Out of respect for that memory, on Monday 2nd December all picketing will be suspended for the Sidgwick site (on both the Sidgwick Avenue and the West Road sides). We are also asking all picketers on other sites to observe a minute’s silence at 11:00 on Monday in memory of Jack’s life, to coincide with the minute of silence at the vigil outside the Guildhall.

We also wish to relay the information that the University Counselling Service is open today for anyone affected by the events.

As this statement was published, news came in that the second victim of Friday’s attack was Saskia Jones, a former student at Cambridge. In this dark time, our deepest condolences go to Saskia’s family and friends. We will remember her too, and give thanks for her life, in our minute’s silence tomorrow at 11.00. 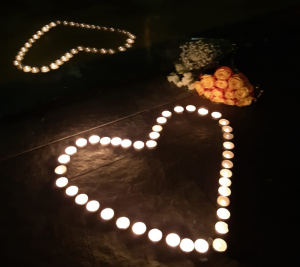