On Thursday and Friday 24 and 25 November, Cambridge UCU delivered lively and vibrant picket lines across the University leading to the cancellation of lectures and seminars and also stopping research, admin and the delivery of professional services. 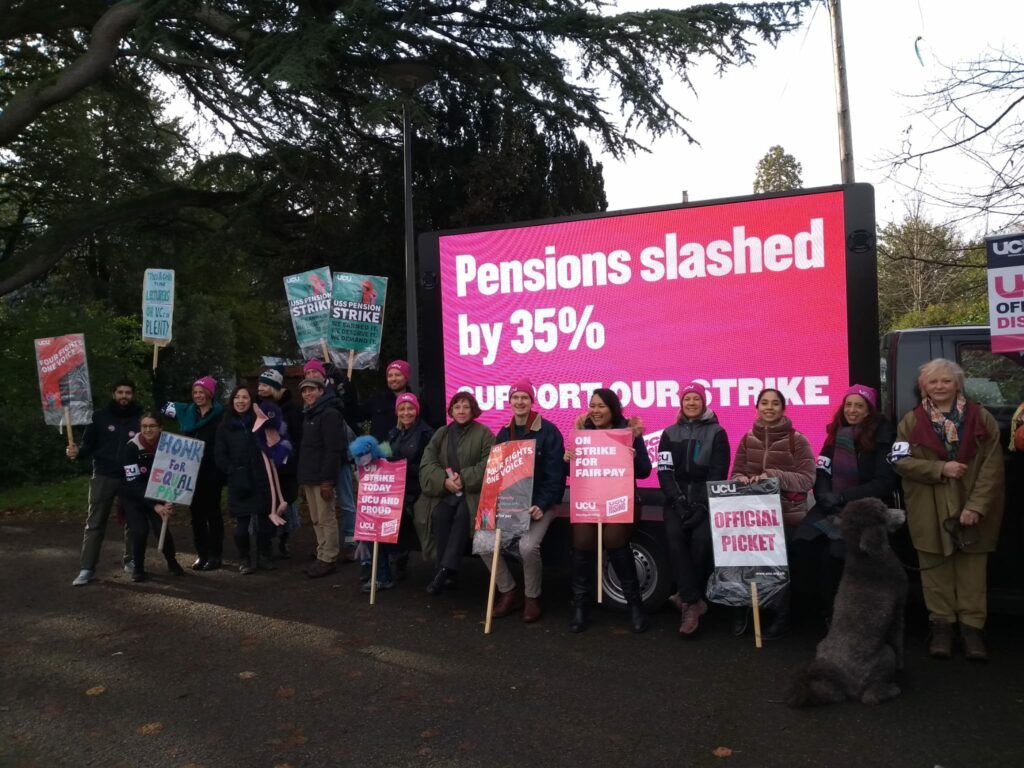 A major theme of the two days was solidarity with other groups of workers facing the same kinds of attacks that we are on pay and conditions, including colleagues from the CWU and we were delighted to hear from a CWU speaker at our lunchtime rally on 24 November, co-hosted with Anglia Ruskin UCU: ‘Cambridge needs a pay rise’. Other messages of support were delivered by county councillor Alex Bulat, Dave Bridge from Cambridge TUC, Niamh Sweeney from the teachers’ union NEU and of course by students. 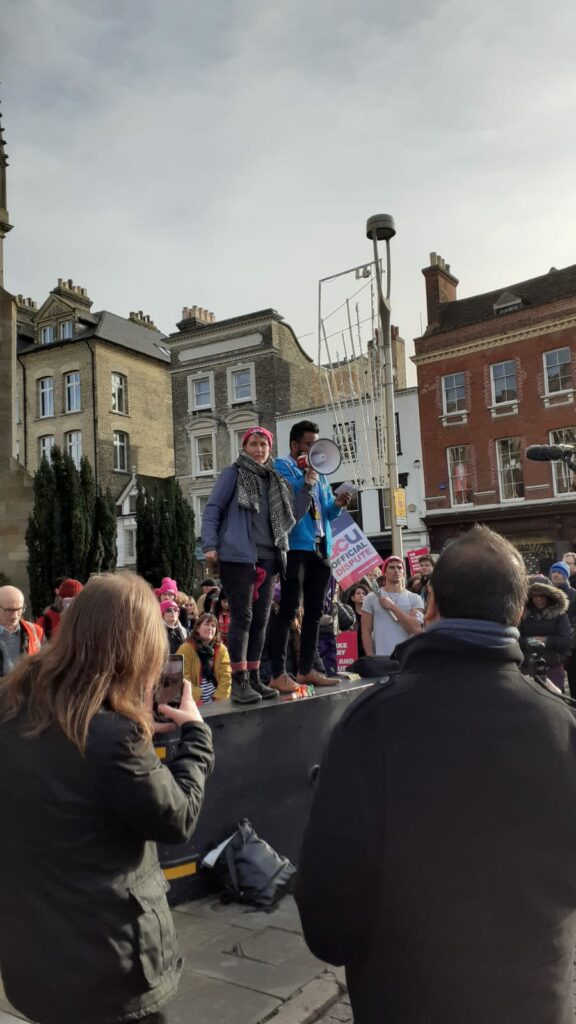 We heard powerful statements from the presidents of both Cambridge SU and Anglia Ruskin SU who underlined that students don’t see our strike as the major ‘disruption’ to their education – they blame management and the government which has overseen years of cuts and attempts to marketise the education system. 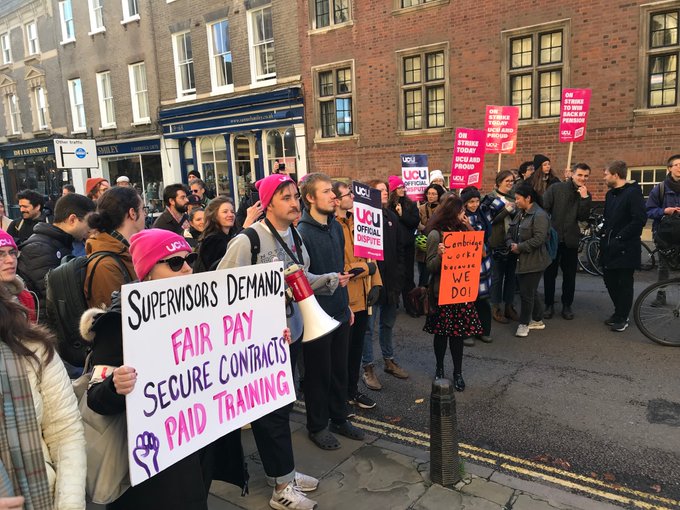 On Friday we teamed up the Justice for College Supervisors campaign for another rally against the gig economy which underpins the Colleges’ employment of supervisors, who are denied decent pay, proper contracts, paid training and secure work. We handed in an open letter with 1200 signatures to university and college management. 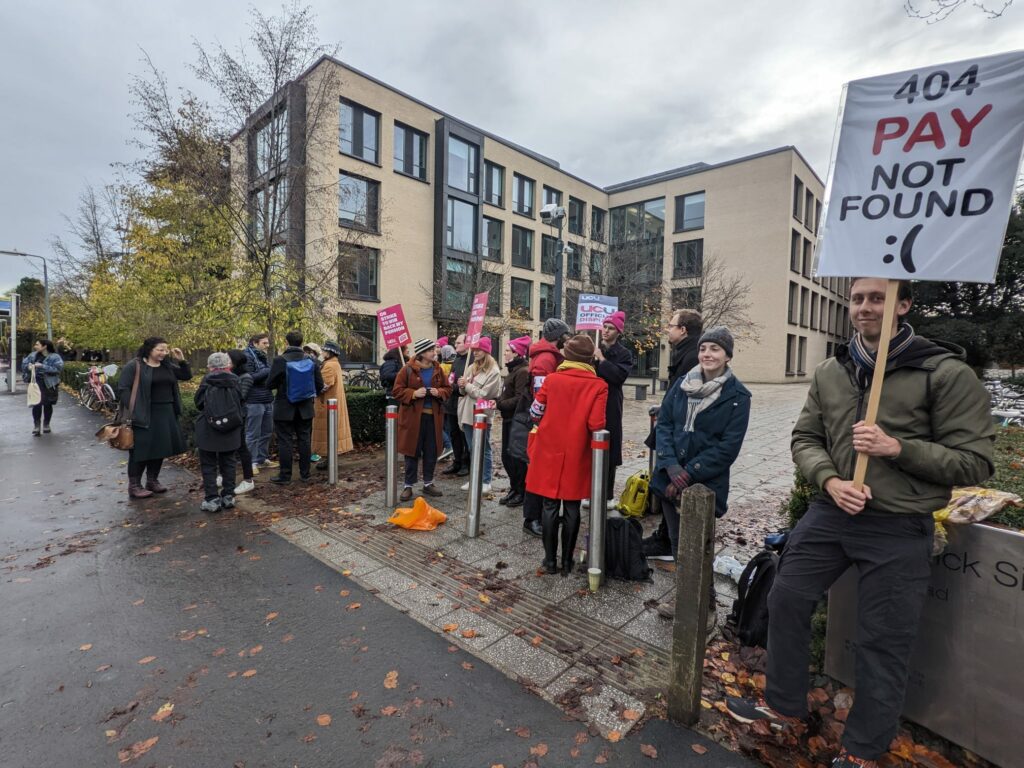 Wednesday 30 November we were on the picketlines again – and joined colleagues from NEU 6th Forms at Hills Road and Long Road to deliver a message of solidarity for their national strike over pay, before travelling down to London for a huge national rally. 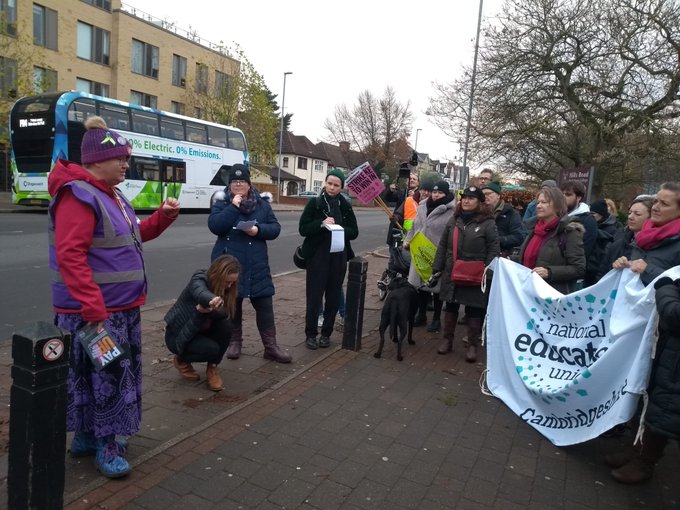