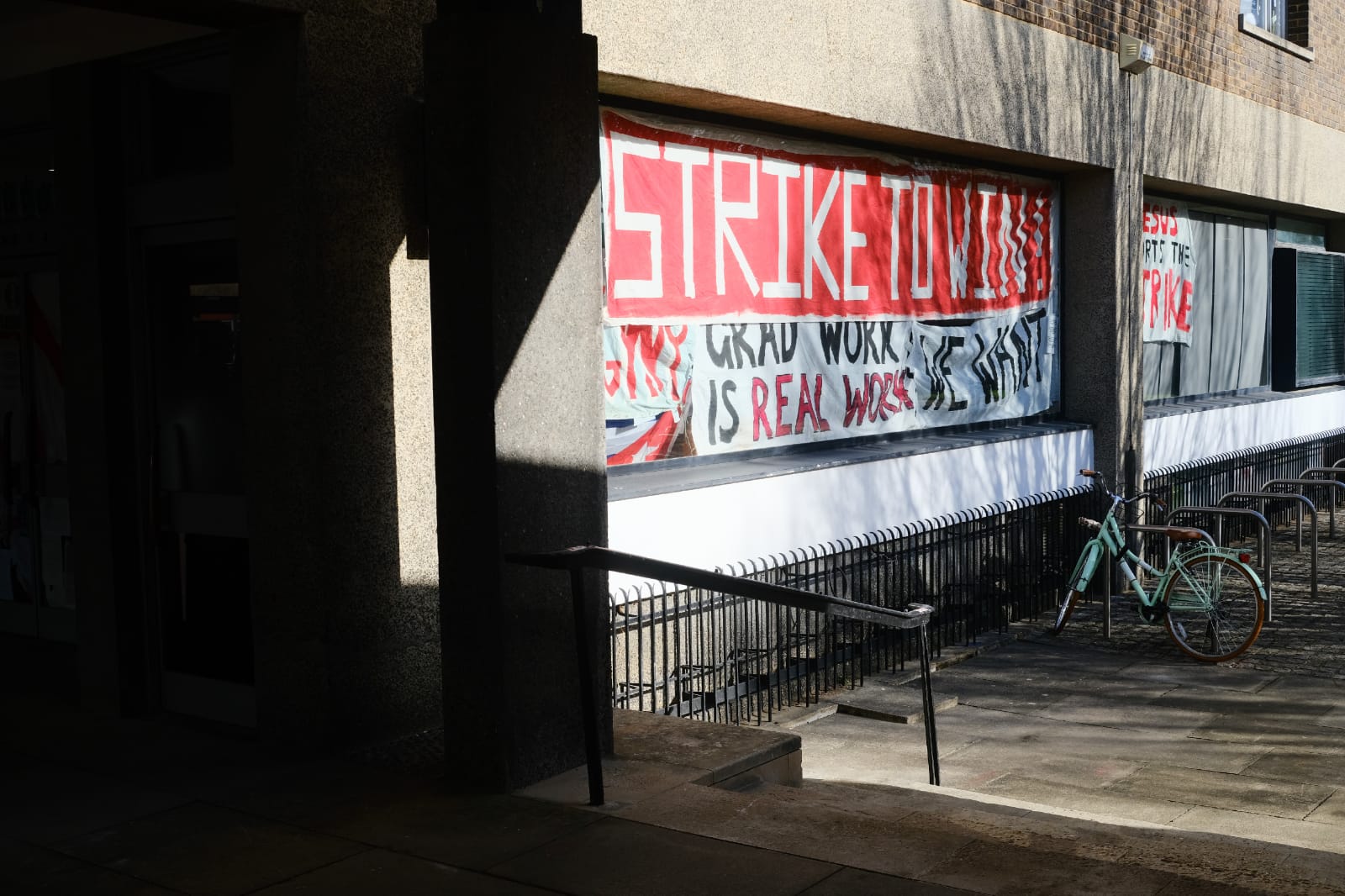 Their student occupation commenced against the backdrop of the University voting in favour of devastating cuts to the USS pension, and during the fifth major UCU strike in the last four years. The students have stated their solidarity with staff members striking for a fair pension and against pay inequality, job insecurity and exploitative workloads. As well as the conditions and cuts faced by UCU members, members of Unite and Unison have seen attacks on their jobs and conditions through outsourcing, deterioration in their pay and rising workloads.

Rather than blaming staff for the disruption to their education, students have made clear that they have a common interest in standing with us to defend higher education from the relentless pressures of marketisation wreaking havoc across the sector. Staff working conditions are, by necessity, student learning conditions. We stand in solidarity with the occupation, just as students have stood together with us.

Cambridge students are not alone: The NUS has called for a national Strike for Education on March 2nd. Students across the country will stage a walkout.

We urge the University to respect students’ right to peaceful protest. We urge members of staff across the Collegiate University to sign this statement and to join the activities planned for March 2nd.

Add your name to the statement here

Read more from the occupation via Cambridge Defend Education here

Plus individual signatories include: