On Friday 20 September, Cambridge UCU joined millions of striking students and workers across the world as part of the largest global day of action around the climate crisis. More than 3000 youth strikers, students, academics, workers and community members marched together through the streets of Cambridge, the largest local demonstration in many years. 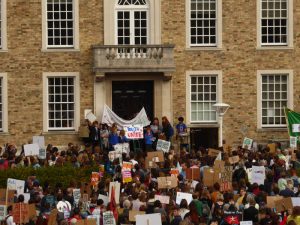 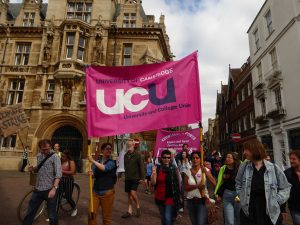 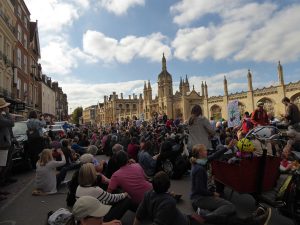 Watch a video of the rally here.

Following a call by the national union to support the global climate strike, UCU branches across Cambridge organised a variety of events to mark the day in addition to joining the youth strike in the morning. Cambridge Regional College and Anglia Ruskin University held really successful local rallies involving both staff and students.

CUCU members at West Cambridge organised a solidarity photo action in the afternoon involving more than a hundred people. 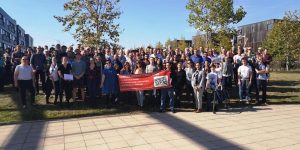 In the afternoon, Cambridge, ARU, and CRC branches of CUCU came together to organise a panel discussion on how trade unionists and climate scientists can work together to tackle the climate crisis. 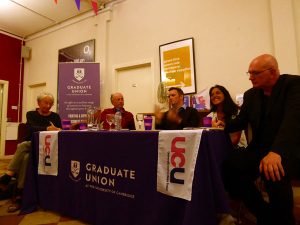 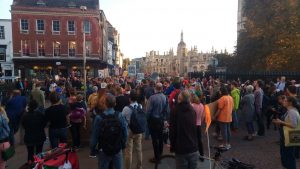 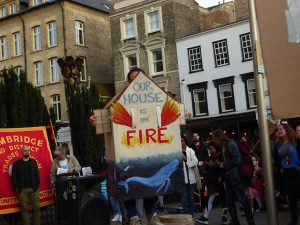 While the global climate strike was an inspiring and successful day of student and worker action around the climate crisis, we still have our work cut out for us. Cambridge Vice-Chancellor Stephen Toope issued this statement in response to the strike. The Vice-Chancellor of Anglia Ruskin University used the day as an opportunity to declare a climate emergency and commit their university to becoming zero carbon by 2030, with a detailed programme for how to do this that was worked out in consultation with the ARU UCU branch. It is imperative that Cambridge University follows suit. It is not enough to fund research into a greener future through technological innovation. A genuine commitment to tackling the climate crisis will require Cambridge University to commit to urgently divesting from the companies and sectors that are directly contributing to the climate crisis. There are fewer and fewer excuses for holding on to these investments, as organisations around the world realise that the profitability of these assets is facing an inevitable decline in a world that is looking towards decarbonisation.

If you would like to get involved in these issues, now is the time to join our new green working group! We need everyone, all ideas are valued. Join our mailing list or get in touch with our green rep, Rasha Rezk.